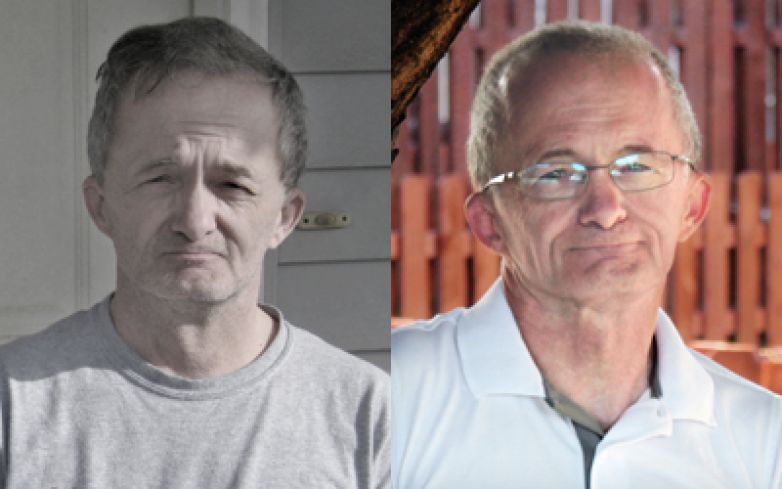 When he thinks about his condition three years ago, Phillip would have never thought he would be where he is today.  “At that time everything in my life was crashing down.”

His marriage had fallen apart, he had lost his apartment and he was suffering from severe depression and sexual addiction.  “I couldn’t cope anymore.”

His cousin offered him a place to stay in Walla Walla, but his mental illness caused him to lash out both verbally and physically.  In desperation, he searched to find a place that could help him.

“I was extremely scared when I walked through the doors of the Christian Aid Center, but at that point, I had no other place to go.”  Along with fear, Phillip carried years of physical and emotional pain.

“I have struggled with pain my entire life.  Before I was born, my mother was given some drugs that went haywire.  When I was three months old, my head was larger than it should have been, my chest was higher on one side, and my legs were not developing normally.”  He was sent to different hospitals and underwent numerous tests in an effort to find out what was wrong.  Doctors prescribed growth hormones—and at the time, there were only five other children in the U.S. undergoing the same treatment.  Of those, only Phillip and one other girl survived.

Health problems put a lot of stress on Phillip’s parents.  They divorced when he was five.  “I don’t remember much about my dad.  I learned later he had some mental problems after returning from the military.”  Grade school was a lonely time because so much of it was spent in hospitals.  In spite of the treatments, his growth would forever be stunted.

In high school Phillip struggled with reading so he was put in a special education class (he was later diagnosed with dyslexia).  This, and the fact that he looked different, made it difficult to make friends.  “I wanted to quit school so many times.”

Even though he had a small group of friends, the majority of his classmates teased him brutally.  “I have forgiven them, but whenever I run into them now, they won’t even look at me because of the shame they feel for what they did.”

In an effort to feel accepted, he started partying.  “I first started drinking when I was 17, and then I got addicted to sex.  The growth hormones were like getting a large dose of Viagra every six months and pornography was readily available.”

In 1980, he graduated from high school and set his sights on going to college but because of his learning disability, the school where he applied wouldn’t accept him.  “I never went back and to this day, I’m a poor reader.”

Because of his special needs, he had trouble getting and keeping jobs.  At 23, he married for the first time and during the next several years went through four unsuccessful marriages. “I didn’t have what I needed to build a good marriage.”

It was during his last marriage when Phillip really began suffering from severe mood swings and depression.  “My temper was very bad—like Doctor Jekyll and Mr. Hyde—and I developed ulcers.”  His doctor prescribed drugs that caused more health problems. In desperation, he contacted the Veterans Administration to see if they could tell him what his father’s illness had been and it turned out Phillip had the same thing--bipolar disorder.

New medications were prescribed but the stress continued.  It all came to a head when he had a nervous breakdown while working at Walmart in Pendleton.  “I couldn’t cope with an illness and a job at the same time, so I decided to quit.  As I walked out to my car I started to pass out and then I couldn’t stop crying.” Two weeks later, while picking up film from the store, he became so overwhelmed he had to be taken to the hospital.

Eventually, Phillip and his wife were kicked out of their apartment for not paying the rent.  “We decided to go to a shelter in Eugene, but as we were driving down the highway a voice told me to go to Walla Walla instead.  The voice was so direct that I turned around right there on the highway with my wife screaming, ‘What are you doing?’”

They spent their first week in the Walmart parking lot and then they lived with a cousin.  After a few weeks the family tension became too much.  Phillip’s wife left and his family convinced him to go to the Christian Aid Center.

The first three weeks were really hard.  “I was so through with my life . . . until one hot day I went to Kentucky Fried Chicken to get something to eat and there was this couple sitting at the table next to me.  I heard him say to his wife, ‘If I’m going to get anywhere in life, I’m going to have to start working.’  Phillip chokes up as he recalls that moment.  “God let me know what I needed to do.”

From then on, Phillip got involved with everything offered at the center from Bible studies and classes, to work and counseling.  “The staff and safe surroundings allowed me to work on myself. They also got me back into reading the Bible and listening to people—before this I only listened to myself.”

He admits giving up pornography was very difficult.  “It was like getting off of cocaine because it consumed my whole life.”   It took him about a year to realize the fantasy world wasn’t where he needed to be. “Now I am freer than I have been in 25 years.”

Last year Phillip completed the Rebuilders Program at the Christian Aid Center.  “Graduation from here was the best thing that ever happened to me, and I know the staff will say I did an outstanding job.”  He has since moved into his own apartment and started a photography business that he loves.  He’s also involved in his local church and continues to volunteer at the Center as a weekend breakfast host.

While life is not perfect, he concedes he’s happy.  He hopes to one day restore his relationship with a biological daughter with whom he hasn’t been in contact for many years.  “I know she’s hurt, but I pray for her every morning and night.”

Phillip could easily let the shame of his past weigh him down, but he trusts in God’s forgiveness and the acceptance of his friends and family.  “I can truly say I came out of the Christian Aid Center with more self-worth than I ever had.” 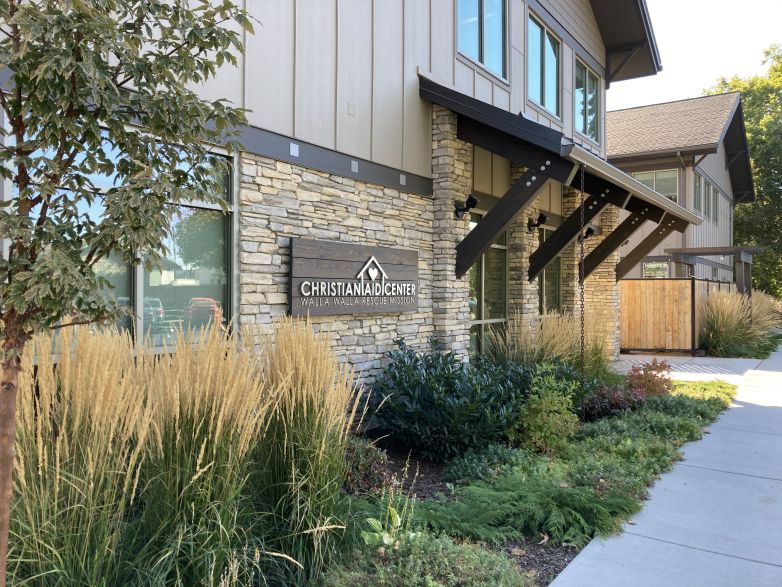 In response to the COVID-19 public health crisis, we have restructured the way we provide meals to our guests and anyone in our community who is hungry.

Meals are now served three times a day—breakfast at 7:30 am, lunch at noon, and dinner at 5:30 pm—and distributed in a “grab-and-go” system. Lunches are provided by different churches in town, and breakfast and dinner are still prepared in our community kitchen by staff and volunteers wearing gloves and masks. Then, meals are packed in "to-go" containers and distributed minimizing exposure and taking other safety precautions, such as physical distancing.

As always, we appreciate monetary and in-kind donations to help with purchasing food items and paper supplies that have become more necessary than ever before.

Donations can be dropped-off during business hours at:
211 W Birch Street in Walla Walla